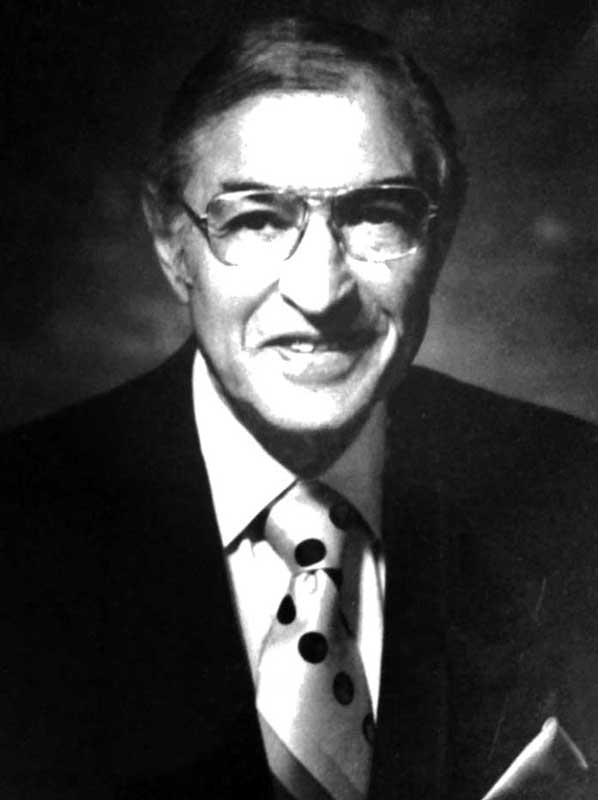 Edward N. Polisher was widely known as the “Dean of Estate Planning.” Mr. Polisher passed away on the evening of September 7, 2004 at the age of 102. Born to Russian immigrants, Mr. Polisher, who could not afford to attend college, passed a special exam, enabling him to enter The Dickinson School of Law immediately upon completing high school in 1919.Mr. Polisher graduated Dickinson in 1922 and embarked on a career as an adjunct professor of estate planning and made the Estates and Trusts Department a cornerstone of Cohen, Shapiro, Polisher, Shiekman and Cohen, a distinguished Philadelphia firm.

Mr. Polisher later served in the capacity of counsel at the law firm of Cozen O’Connor and in an advisory capacity at the law firm of Saltz Polisher PC with his grandson, Albert M. Saltz. Mr. Polisher received the Dickenson School of Law’s Outstanding Alumnus Award in 1971 and an honorary Doctor of Laws degree in 1972. In 1986, the School dedicated offices of Continuing Legal Education in its new building to him. In 1988, the School honored him with creation of the Edward N. Polisher Distinguished Professorship in Federal Taxation. Over his distinguished career, Mr. Polisher authored several books, including “Estate Planning and Estate Tax Savings,” for which he received a letter of commendation from Supreme Court Justice Owen J. Roberts. Mr. Polisher also authored “Lasser’s Encyclopedia of Tax Procedures,” as well as numerous articles in tax, estate planning and related subjects which have appeared in various professional periodicals. He served as the Chairman of the Subcommittee on Estate Planning Techniques of the American Bar Association, and was the first Chairman of the Pennsylvania Bar Association’s Tax Committee. Mr. Polisher was the recipient of a Pennsylvania Trial Judges Association annual award in recognition of his services as tax adviser on state pension benefits.

In addition to his dedication to the legal profession, Mr. Polisher was active in civic and community affairs. He was the founder and first president of the Germantown Jewish Centre and the original director of the Allied Jewish Appeal when that organization was formed in 1938 to assist European Jews under attack by Nazi Germany. Mr. Polisher was also the lifetime trustee of the Federation of the Jewish Agencies of Greater Philadelphia and an honorary vice president and executive committee member of the Philadelphia Geriatric Center, an organization affiliated with the Federation and from which he received the Tribute to the Golden Years Award in 1978. As chair of the Center’s Development Committee, Mr. Polisher was also instrumental in making possible the Abram H. and Helen L. Weiss Institute for the Mentally Impaired Aged. Mr. Polisher was one of the oldest members of the Bar and a valued advisor to members of this Firm. Mr. Polisher’s life may best be summed up by his own words: “It has been the philosophy of my life to devote a significant portion of my time and career to serve others. Doing this, lifts you out of your personal, selfish life to a loftier orbit, where serving others is the motivating force.”